On March 20, 2019, Lexaria announced it had commenced a series of animal studies with multiple objectives, including gaining a better understanding of how edible forms of cannabinoids enter the bloodstream. Initial results from these studies are now available and Lexaria expects to make a series of announcements disclosing results as they are processed.

MCT oils are commonly used by many firms making and selling cannabis edibles throughout North America. Lexaria has consistently postulated that the use of MCT oil in edibles is less effective for purposes of cannabinoid delivery optimization than its patented DehydraTECH LCFA formulations. Although these studies tested only for CBD delivery, Lexaria has every reason to believe that virtually identical results would have been achieved if THC was instead the cannabinoid under examination, consistent with subjective human clinical studies Lexaria's partners have conducted with edible THC products.

In each arm of the Lexaria animal studies, 10 male Sprague-Dawley rats were administered CBD at 25mg per kg of bodyweight. Delivery of CBD into the bloodstream was monitored over a 60-minute duration. Certain data are not being disclosed at this time for reasons of intellectual property protection. 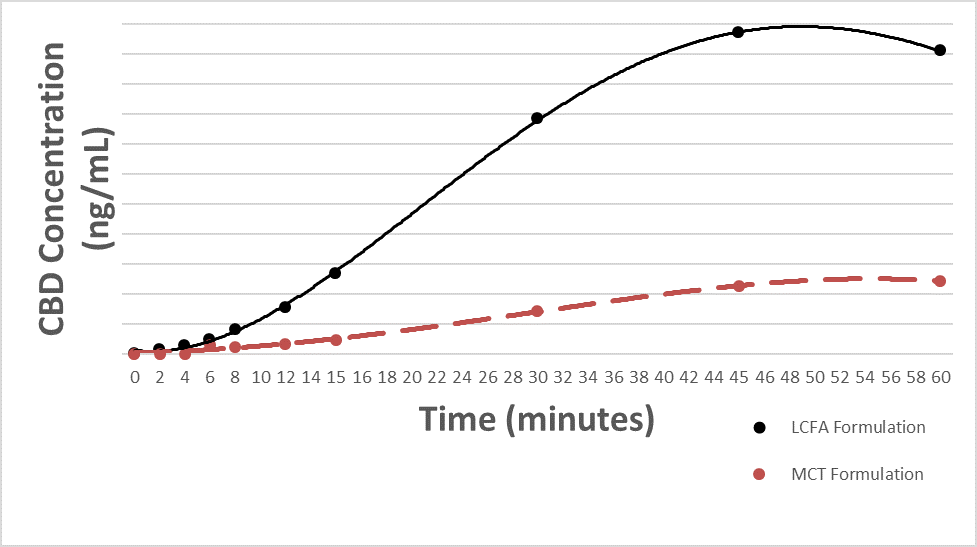 Lexaria also tested for brain tissue concentrations to quantify 8-hour CBD delivery from the DehydraTECH-enabled LCFA formulation compared to the MCT oil formulation and DehydraTECH's LCFA formulation outperformed the MCT oil formulation by 246%. As was previously demonstrated through two series of animal tests delivering nicotine in 2018, Lexaria's DehydraTECH continues to deliver a drug both to the bloodstream and across the blood-brain-barrier ('BBB') more effectively than industry standards. More efficient delivery into bloodstream and across the BBB can lead to increased consumer satisfaction and results utilizing lower drug dosage quantities.

The cannabis edibles industry has partially embraced the use of MCT oils such as coconut oils as a co-ingredient in edible products, mostly because of the luxurious taste and mouth-feel of coconut oil. Lexaria's head-to-head animal absorption study has proven that coconut oil formulations deliver cannabinoids into animal bloodstreams very poorly at only about one-quarter the rate of the patented Lexaria LCFA formulation. Lexaria's DehydraTECH technology was also shown to deliver CBD considerably more quickly than MCT oil formulations.

Lexaria's patented DehydraTECH technology has been used by licensees in the cannabis industry for three years and has been proven to effectively mask the bitter flavors and aromas of cannabis without the use of MCT oils, artificial chemical masking agents, or additional flavoring agents or sweeteners. DehydraTECH's LCFA formulation is capable of delivering cannabinoids at industry-leading volumes and speed and simultaneously offering the most advanced flavor and aroma profile masking techniques in the industry.

Lexaria Bioscience Corp. has developed and out-licenses its disruptive delivery technology that promotes healthier ingestion methods, lower overall dosing and higher effectiveness of lipophilic active molecules. Lexaria has multiple patents pending in over 40 countries around the world and has patents granted in the USA and in Australia for utilization of its DehydraTECH™ delivery technology. Lexaria's technology provides increases in intestinal absorption rates; more rapid delivery to the bloodstream; and important taste-masking benefits, for orally administered bioactive molecules including cannabinoids, vitamins, non-steroidal anti-inflammatory drugs (NSAIDs), nicotine and other molecules.

This release includes forward-looking statements. Statements which are not historical facts are forward-looking statements. The Company makes forward-looking public statements concerning its expected future financial position, results of operations, cash flows, financing plans, business strategy, products and services, competitive positions, growth opportunities, plans and objectives of management for future operations, including statements that include words such as 'anticipate,' 'if,' 'believe,' 'plan,' 'estimate,' 'expect,' 'intend,' 'may,' 'could,' 'should,' 'will,' and other similar expressions are forward-looking statements, including but not limited to: that any additional stock warrants or stock options will be exercised. Such forward-looking statements are estimates reflecting the Company's best judgment based upon current information and involve a number of risks and uncertainties, and there can be no assurance that other factors will not affect the accuracy of such forward-looking statements. Factors which could cause actual results to differ materially from those estimated by the Company include, but are not limited to, government regulation, managing and maintaining growth, the effect of adverse publicity, litigation, competition, the patent application and approval process and other factors which may be identified from time to time in the Company's public announcements and filings. There is no assurance that existing capital is sufficient for the Company's needs or that it will be able to raise additional capital. There is no assurance that Lexaria will successfully complete any other contemplated or existing technology license agreements; or that results from any studies will be favorable or in any way support future business activities of any kind. Scientific R&D is often unpredictable and unanticipated results could emerge from any study and have a material impact. There is no assurance that positive results from animal testing will be reproduced nor that similar positive results will be apparent in human tests of a similar nature. There is no assurance that any planned corporate activity, scientific study, R&D, business venture, or initiative will be pursued, or if pursued, will be successful. There is no assurance that any of Lexaria's postulated uses, benefits, or advantages for the patented and patent-pending technology will in fact be realized in any manner or in any part. No statement herein has been evaluated by the Food and Drug Administration (FDA). TurboCBDTM, DehydraTECHTM technology and ViPovaTM products are not intended to diagnose, treat, cure or prevent any disease.

The CSE has notreviewed and does not accept responsibility for the adequacy or accuracy ofthis release. 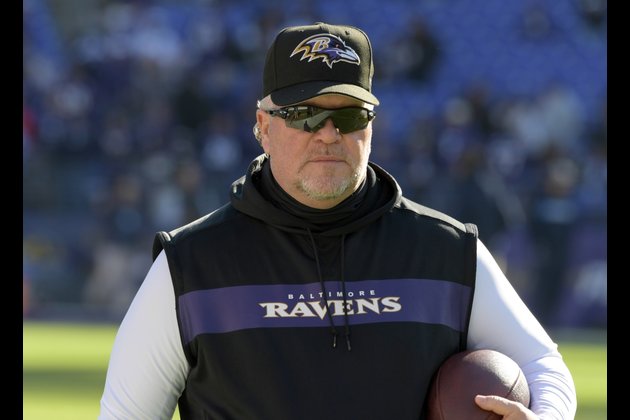 The Baltimore Ravens signed Don "Wink" Martindale to a new three-year deal that makes him the NFL's highest-paid defensive coordinator, ... 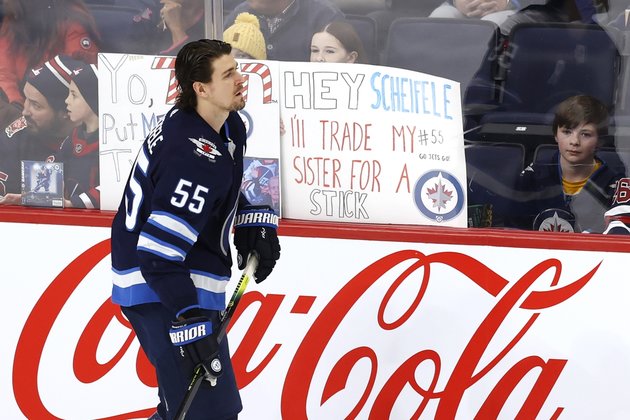