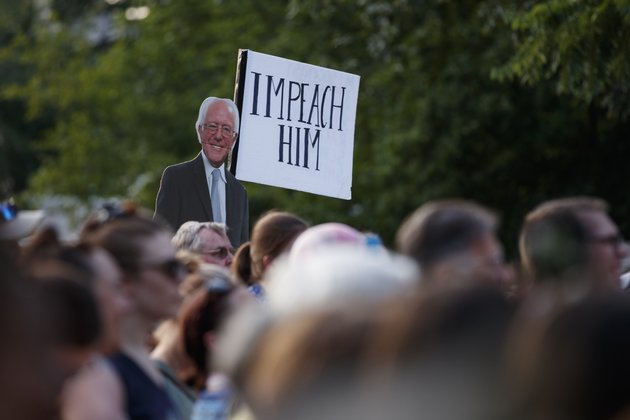 The lawmakers in the Democratic-controlled chamber voted 332-95 to table the measure, which effectively killed it.

Trump called the impeachment debate "the most ridiculous and time-consuming project I have had to work on." He declared the impeachment matter over, and said it "should never be allowed to happen to another president of the United States again."

But there is nothing preventing anyone in the House from introducing another resolution in the future.

Texas Democratic Congressman Al Green introduced the resolution despite opposition from House Speaker Nancy Pelosi and other Democrats who instead back investigations into the 2016 Trump campaign ties to Russia, the president's taxes, and his other financial dealings. The House also wants to know if Trump obstructed justice by trying to derail special counsel's Robert Mueller's probe into Russian election meddling.

"We'll go where the facts lead us," Pelosi told reporters.

Green has previously used the legislative rules in the House to force two impeachment votes, in December 2017 and a month later, with the then-Republican-controlled House overwhelmingly voting both times against his efforts. But the new vote is the first time Green has pressed the issue since Democrats took control of the chamber in January.

Pelosi has blocked the start of a House impeachment inquiry in favor of the ongoing investigations. She has voiced fears of the political fallout for Democrats pursuing an impeachment effort when, even if the House did vote to impeach Trump, the Republican-controlled Senate is highly unlikely to convict Trump of wrongdoing by the required two-thirds vote to remove him from office.

"We'll deal with that resolution on the [House] floor," Pelosi said. "I don't know what we will do."

House Majority Leader Steny Hoyer said, "We haven't really discussed how to dispose of it. I'm not going try to discourage him, you know, he has to do what he thinks is right."

Mueller is set to testify before two House investigative committees for hours next week about his 22-month probe.

He concluded that Trump and his campaign did not conspire with Russia, while laying out several instances in which Trump possibly obstructed justice, the basis for about 80 of the 235 Democrats in the House, and one Republican-turned-independent lawmaker, to call for Trump's impeachment or at least the start of an impeachment inquiry. Roughly two-thirds of the Democratic majority has not weighed in on Trump's possible impeachment or voiced support for the current legislative investigations.

Mueller reached no conclusion on whether Trump should be charged with obstruction, in part because of a long-standing Justice Department policy that sitting U.S. presidents cannot be criminally charged. Subsequently, Attorney General William Barr and then Deputy Attorney General Rod Rosenstein decided no charges were warranted against Trump. The president has often claimed exoneration.

Green omitted references to Trump's alleged obstruction of Mueller's investigation in his impeachment resolution, instead citing Trump's incendiary comments this week telling four progressive lawmakers, all women of color, to "go back" to their homelands and other racially-provocative comments Trump has made during his presidency. The House condemned Trump's remarks about the four congresswomen as racist.

Green said he believes that if the House does not impeach Trump, it "will only intensify his ugly behavior. It just seemed to me that we should bring these articles before the House of Representatives so that we could not only condemn him, but impeach him so that he will understand that there are some boundaries." 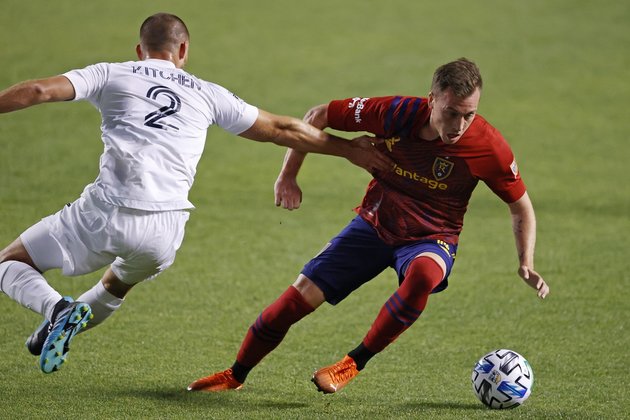 Albert Rusnak scored one goal and assisted on another in the second half to lead Real Salt Lake to a ...