US will impose sanctions on Turkey if it crosses its line 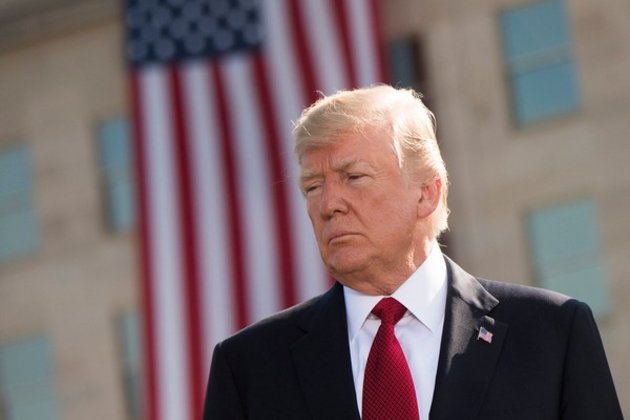 Washington [US], Oct 11 (ANI): The United States will introduce sanctions against Turkey if it acts in a way that is disproportionate and inhumane, said a US State Department official.

"If Turkey acts in a way that is disproportionate, inhumane or otherwise goes beyond the lines that [US] President [Donald Trump] has in his own mind, the United States is willing to impose significant costs," Sputnik quoted the official as saying.

"It would include ethnic cleansing... and in particular, indiscriminate artillery, air, and other fires directed at civilian population," he said.

Turkey on Wednesday began its long-threatened military operation in northeast Syria to remove Kurdish-led forces from the border area.

The move came days after the US announced it was withdrawing its troops from the region, leaving the Syrian Democratic Forces (SDF) without American military support.

Justifying the move to withdraw US forces, President Donald Trump on Wednesday condemned America's military interventions in the Middle East, saying that the country has spent an estimated USD 8 trillion in "fighting and policing" in the region, and lost thousands of soldiers over the years.

Trump has also threatened that he would devastate Ankara's economy if its operation wipes out the Kurdish population in Syria.

Meanwhile, around 30 US House Republicans are expected to introduce a bill to push for sanctions against Turkey.

"Cheney and nearly thirty of her Republican colleagues in the House will be introducing legislation to impose sanctions against Turkey in response to Ankara's military offensive against US-allied Kurdish forces in northern Syria," the statement said on Thursday.

President Donald Trump on Thursday (local time) offered to mediate a deal between Turkey and the Kurds.

The tensions in the region have escalated following Turkey's launch of an offensive against Syria's Kurds. Trump said that the US is only left with "three choices" to deal with the situation -- military action, economic sanctions against Turkey, or mediate a deal between Kurds and Ankara.

"We defeated 100 per cent of the ISIS Caliphate and no longer have any troops in the area under attack by Turkey in Syria. We did our job perfectly! Now Turkey is attacking the Kurds, who have been fighting each other for 200 years," said Trump.

Countries around the world including India have expressed concern over the situation on the Turkey-Syria border.

"We are deeply concerned at the unilateral military offensive by Turkey in north-east Syria. Turkey's actions can undermine stability in the region and the fight against terrorism. Its action also has the potential for causing humanitarian and civilian distress," India said in a statement. (ANI)