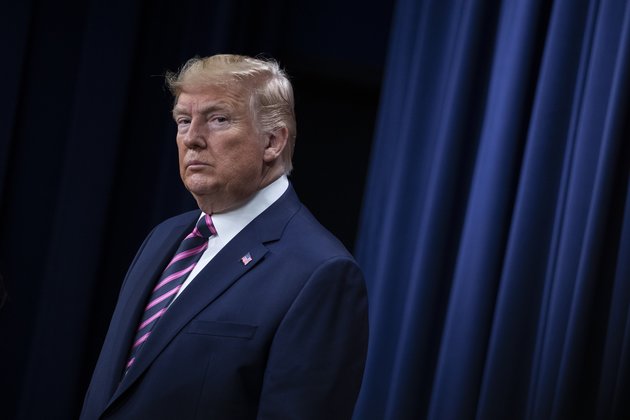 The United States and China separately announced Friday they have reached agreement on the text of the first phase of a trade pact and will avert imposing further tariffs on each other.

As part of the agreement, Chinese officials say their country will increase imports of American agricultural, energy and pharmaceutical products.

"This will create better conditions for China and the United States to strengthen cooperation," Chinese Vice Foreign Minister Wang Shouwen said at a news conference in Beijing.

The announcement comes just two days before $160 billion in new levies on Chinese products by the United States were set to take effect.

"The Penalty Tariffs set for December 15th will not be charged because of the fact that we made the deal," Trump confirmed on Twitter. "We will begin negotiations on the Phase Two Deal immediately, rather than waiting until after the 2020 Election. This is an amazing deal for all."

Officials in Beijing say they also desire U.S. President Donald Trump to roll back some of the tariffs currently collected by the United States on $360 billion worth of Chinese goods.

The office of the U.S. Trade Representative in a statement said the two countries "reached an historic and enforceable agreement on a Phase One trade deal that requires structural reforms and other changes to China's economic and trade regime in the areas of intellectual property, technology transfer, agriculture, financial services, and currency and foreign exchange. "

While the Chinese spoke, Trump took to Twitter to characterize the phase one deal as "very large" but said the "25% Tariffs will remain as is."

Trump earlier Friday on Twitter blasted that a Wall Street Journal report about the trade deal, saying the report "is completely wrong, especially their statement on Tariffs."

Trump's online comment pared gains for the price of oil in global trading and had U.S. stock exchange indexes opening in negative territory. But as the Chinese officials spoke, several key stock indexes in the United States rose to all-time highs.

"President Trump has focused on concluding a Phase One agreement that achieves meaningful, fully-enforceable structural changes and begins re-balancing the U.S.-China trade relationship. This unprecedented agreement accomplishes those very significant goals and would not have been possible without the President's strong leadership," said United States Trade Representative Robert Lighthizer in a statement.

Trump, with Chinese Vice Premier Liu He in the Oval Office on October 11, announced a "substantial phase one deal" of a trade pact.

The president, at that time, said the first portion of the pact would be written over the next several weeks, and would cover intellectual property and financial services, along with the purchase of up to $50 billion worth of agricultural products by China.

That turned out to be premature, however, and negotiations dragged on.

Progress in the trade negotiations with China is a bright spot in the Trump presidency.

While the Chinese were making their announcement in Beijing, the House Judiciary Committee, voted 23-17 along party lines, to pass to the full House two articles of impeachment against Trump.

DUBLIN, Ireland - The importance of the tourism industry to Ireland has been highlighted in a report which has examined ...

SYDNEY, Australia - Shares in China dropped sharply on Friday as two populous cities in the country went into lockdown ...

Huanggang locks down over coronovirus threat

BEIJING, China - The authorities in Huanggang city in China have imposed a quarantine lockdown in a bid to stop ...

SYDNEY, NSW, Australia - Flags will be flown at half mast throughout New South Wales in Australia on Friday, following ...

Heads of state and government from dozens of countries arrived in Jerusalem to mark the 75th anniversary of the liberation ...

Senate approves impeachment rules after being rebuked by chief justice