Abortion access in Michigan and across U.S. at pivotal point 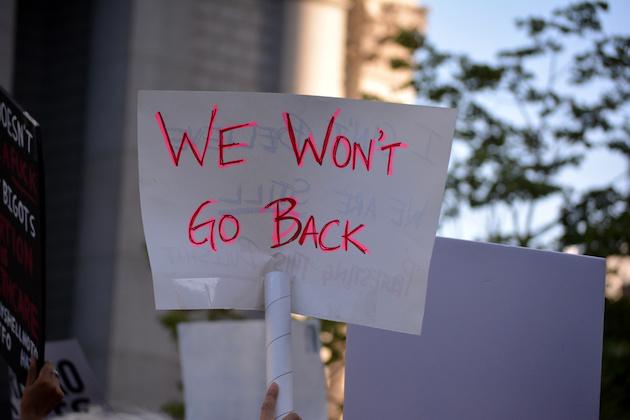 LANSING, Michigan -- Advocates for reproductive care in Michigan are echoing the Department of Justice's call for the U.S. Supreme Court to vacate the ruling, which allows Texas to ban most abortions after six weeks.

The plea comes as another case in Mississippi to be heard on Dec. 1 could be a turning point for abortion access in Michigan and elsewhere in the U.S.

If justices overturn the 1973 landmark Roe v. Wade decision, a pre-Roe ban on abortion in the Great Lakes State could go back into effect.

"That only counts women or people who self-identify as women," Vasquez-Giroux pointed out. "So there's certainly more folks who are trans, queer or non-binary who would also be losing access to abortion."

Michigan is one of nine states with these pre-Roe bans, and 12 other states have what are known as "trigger laws," which are laws banning abortions crafted to go into effect if there is a change in court precedent.

Vasquez-Giroux added there are disparities in access to abortion now, and if Roe is overturned, Black, Brown, and Indigenous residents, low-income Michiganders, and trans residents will be disproportionately impacted.

"We also know that, from pre-Roe days, and even from Texas right now, that people who have resources and funding are still able to get the care they need," Vasquez-Giroux noted.

Of the 36 million women nationwide who could lose access without Roe, 5.3 million are Black, 5.7 million are Latino, more than a million are Asian and more than 300,000 are Indigenous.