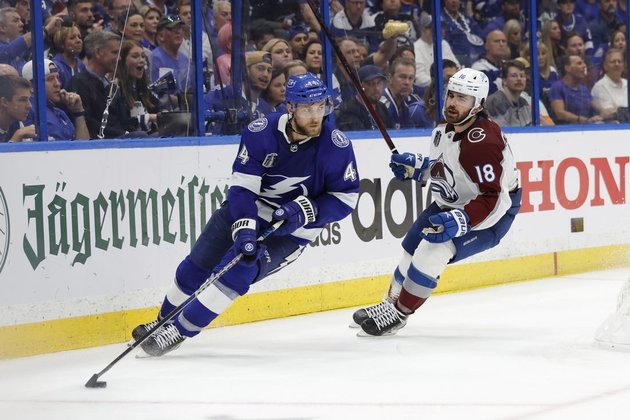 The Pittsburgh Penguins signed defenseman Jan Rutta to a three-year contract worth $8.25 million on Wednesday.

The Penguins also signed goaltender Dustin Tokarski to a one-year contract worth $775,000, and defenseman Xavier Ouellet to a two-year, two-way deal worth an average annual value of $762,500 at the NHL level.

Rutta, 31, had 18 points (three goals, 15 assists) and a career-best plus-25 rating in 76 games last season with the Tampa Bay Lightning.

He has 61 points (12 goals, 49 assists) in 238 career games with the Chicago Blackhawks and Lightning.

Ouellet, 28, spent the past four seasons in the Canadiens organization. He totaled 41 points (eight goals, 33 assists) in 61 games last season with Laval of the American Hockey League.

SYDNEY, NSW, Australia - Stocks in China were flat to lower on Tuesday as investors weighed up the disappointing economic ...

LONDON, England: Reports from the UK's opposition Labour Party said its leader, KeirStarmer, will call for a freeze on energy ...

NEW YORK, New York - U.S. stocks continued to mend fences on Monday, with gains by all the major indices."I ...

LONDON, England: Despite a recent rebound, speculators in the international copper market, considered an indicator of the world's economic health, ...

Starting quarterbacks are mastering the sideline route this preseason. Bills quarterback Josh Allen and Mac Jones of the Patriots are ...

Chicago Bears wide receiver N'Keal Harry is expected to miss up to eight weeks recovering from surgery to repair a ...

Whether you're booking a plane ticket at the last minute or looking to go to a lackluster preseason football game, ...

Politicians seek to control classroom discussions about slavery in the US

Of all the subjects taught in the nation's public schools, few have generated as much controversy of late as the ...

At least six journalists have faced prosecution for their professional work in the last month in Iran's western province of ...