News of yet another deadly shooting at a United States LGBTIQ+ nightclub has again brought hate crime to the forefront of public conversation.

This shocking incident coincides with an inquiry currently underway in Sydney examining some 88 suspected murders of LGBTIQ+ people in New South Wales between 1976 and 2010.

The stark difference between the NSW murders and the Colorado Springs attack is the suspect in Colorado can be charged and prosecuted under the state's bias-motivated crime law amended last year. These crimes are defined as intimidation, harassment or physical harm that's motivated at least partly by bias against a person's race, religion, nationality, age, disability or sexual orientation.

As a result, the Colorado Springs suspect is facing five counts of bias-motivated crime causing bodily injury, in addition to murder charges.

But in Australia, the victims and their families would have little such recourse. This is because the legislative framework for a substantive hate crime offence doesn't exist, and this hinders our ability to tackle hate crimes effectively.

Although Australia doesn't experience mass shootings at the same horrific rate as the US, we must not believe we're immune to hate crime.

The lonely, violent deaths of innocent people detailed in the Sydney inquiry - as well as the uncountable incidents of daily discrimination, vilifications, micro-aggressions and abuse that it's uncovering - are a common fate among people living with a disability, women, racial and religious minorities, the homeless and other groups.

Law enforcement investigations into these matters in Australia are often inadequate.

Assessing the motivation of a 'hate crime'

Most people would view the Colorado Springs attack as a senseless crime. As a survivor said:

However, as often happens in terrorism and hate crime incidents, the targets are selected because of what they represent in the minds of the offenders.

The question of "why" an offender does what they do is one of the most obvious immediate questions in the aftermath of a hate crime. Yet understanding the motives that drive all forms of human behaviour represents a particularly difficult philosophical and practical task.

Read more: The Orlando shooting: exploring the link between hate crimes and terrorism

Our new research, published by the Centre for Resilient and Inclusive Societies in October, aims to help Australian government and non-government organisations identify the motive behind hate crimes.

We present 14 lists of "bias indicators" and set out five key characteristics across these lists that could help stakeholders identify hate crime motives.

Broadly, these five categories of bias indicators are:

The offender's use of biased language (whether what's said during, before or after the incident displays elements of prejudice against the target group)

The target's background and appearance (whether, for example, the target was wearing a visible religious garment)

The existence of a pattern of victimisation (such as whether a person from the LGBTIQ+ community is repeatedly harassed and abused over time).

The adoption of these bias indicators can help agencies collect better data on prejudice-motivated acts.

This can then constitute evidence that could be used by prosecutors and others in the criminal justice system, improving support for victims and increasing awareness of what hate crimes are, and how and why they should be reported.

Where to from here?

Australia urgently needs to develop a new culture on how to address hate crime with an evidence-based, holistic and whole-of-society approach.

We say evidence-based because in Australia, there's no clear and consistent definition of hate crime across the different states. There's also no systematic data collection about the incidence and trends in this phenomenon.

While the US passed its Hate Crime Statistics Act over 30 years ago - which requires the FBI to collect hate crime data at a federal level - Australia doesn't have any similar requirements in place for its various police forces.

In practical terms, this means we have no idea about trends and the prevalence of hate crimes in our community because we don't count them.

It's also important we adopt a holistic approach to tackling hate crime. This is because in Australian state and federal legislations, activities to combat bias-motivated acts are piecemeal at best - tending to protect some groups but not others.

The few laws protecting Australians from different forms of hatred - mostly threats and incitement to violence - differ substantially across states. Most of them are civil laws, and the few criminal laws set a threshold of harm that's too high and therefore are barely used. With few exceptions, these laws typically protect members of racial and religious groups, leaving out LGBTIQ+ people, people living with a disability and others.

Although Australia has sentencing laws allowing courts to aggravate a sentence if a crime is motivated by hatred, they're not enough to protect Australians from hate crime. In this regard, Australia is lagging behind most countries in Europe and North America.

Australia needs to address different forms of hate holistically, including racism, antisemitism, Islamophobia, homophobia, transphobia, misogyny, and ableism among others.

As confirmed by the Sydney LGBTIQ+ inquiry, there's still low trust in law enforcement among some communities. Therefore civil society organisations must play a key role in tackling hate.

What's more, we need to step up the ability of Australian law enforcement to address hate crime. This includes improving law enforcement training and education around hate crimes in Australia, which for example we provide via the Tackling Hate project. The adoption of bias indicator manuals like ours would also assist their training programs.

It's clear we urgently need a systemic change in the Australian approach to tackle hate crime.

United, Boeing in discussions for 'major' purchase of 787s

CHICAGO, Illinois: Reuters has reported that United Airlines and Boeing are close to reaching agreement for placing a major 787 ...

SINGAPORE: Benefiting from a strong rebound in travel and the easing of pandemic-related restrictions in Southeast Asia, the parent company ...

2022 will see historic high farm incomes in US

WASHINGTON D.C.: The U.S. Department of Agriculture reported that as producers are benefitting from high global grain and oilseed demand ... 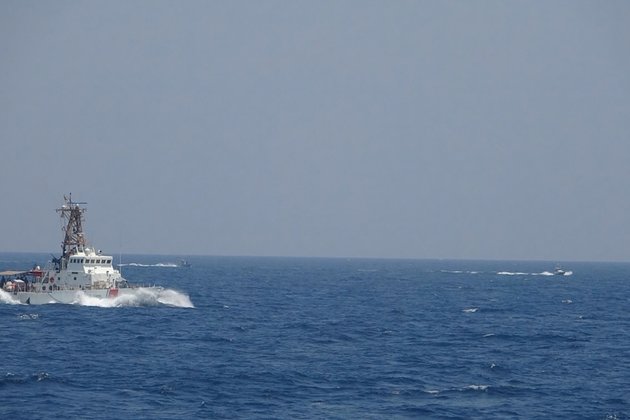 US 'not encouraging' Ukraine to strike within Russia: State Dept 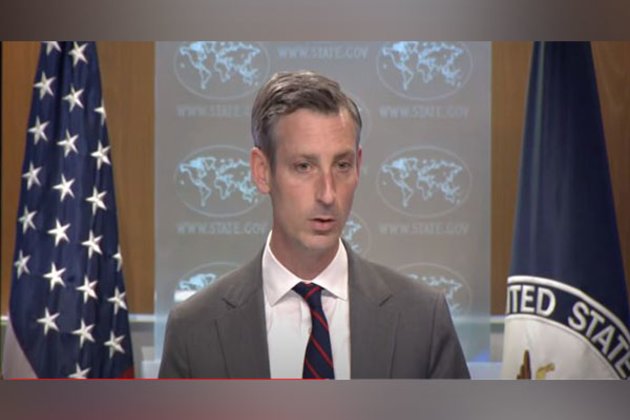 Washington [US], December 7 (ANI): The United States is not encouraging Ukraine to strike Russia beyond its boundary, State Department ... 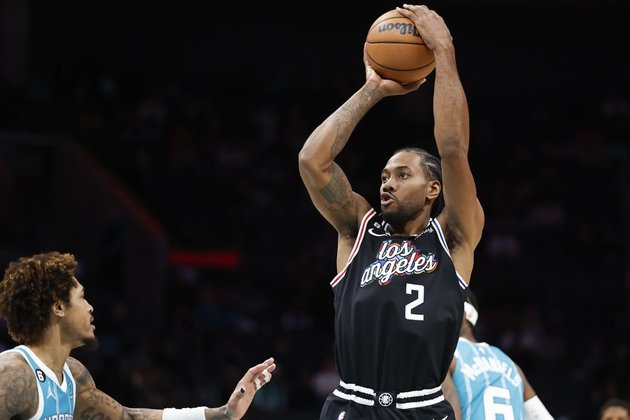 With Kawhi Leonard and Paul George back in the lineup, the Los Angeles Clippers continue a four-game Eastern Conference road ... 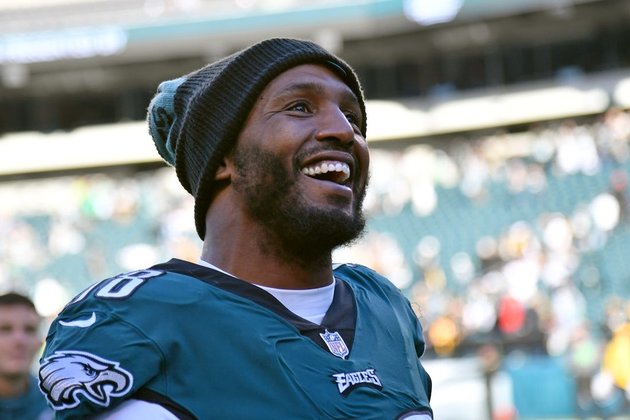 Philadelphia Eagles placed defensive end Robert Quinn on injured reserve Tuesday and he will undergo a knee procedure. He will ... 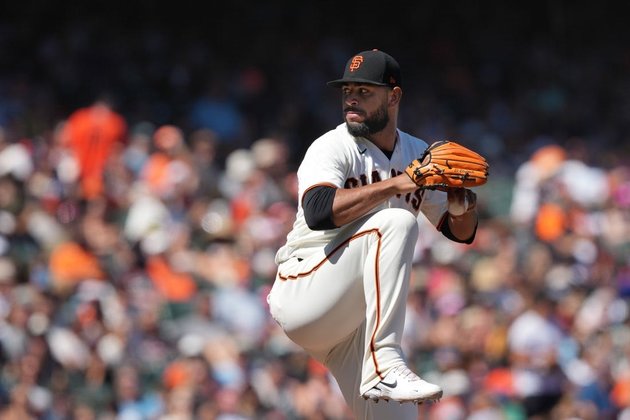 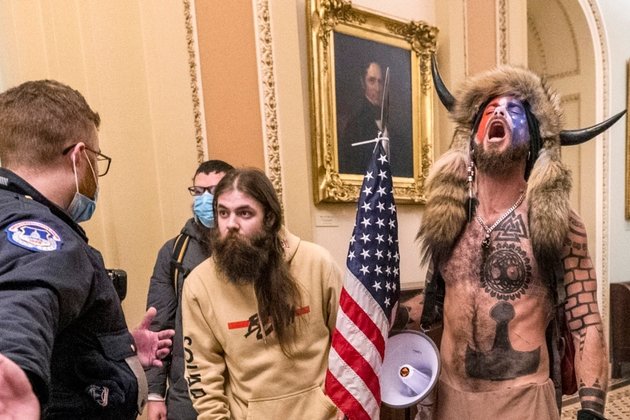 washington - The U.S. congressional committee investigating the January 6 attack on the U.S. Capitol last year is planning to ...

For All Mankind (4K UHD)